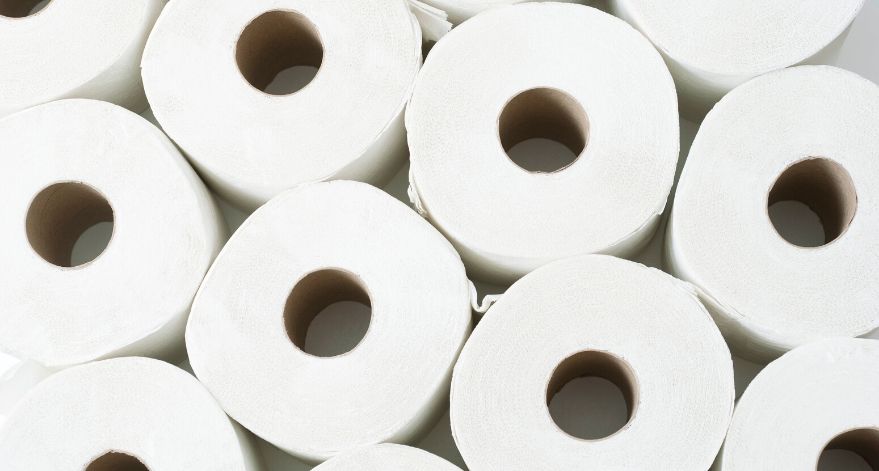 Where Does Toilet Paper Come From?

The History of Toilet Paper

Toilet paper is one of those things you do not pay attention to until you run out of it. Suddenly, this small roll of paper turns into gold. But where does this modern marvel come from and why do we use paper at all? Some cultures use a spray of water rather than a piece of paper to clean themselves.

The first recorded use of paper in the toilet comes from sixth century AD in China when, in 589 AD, the scholar-official Yan Zhitui wrote about the use of toilet paper. He wrote, “paper on which there are quotations or commentaries from the Five Classics or the names of sages, I dare not use for toilet purposes.” Later, in the Tang Dynasty (618–907 AD), an Arabic traveler to China in the year remarked, “...they [the Chinese] do not wash with water when they have done their necessities, but they only wipe themselves with paper.”

Even though we might take it for granted, the invention of toilet paper is relatively young. In the second century BC, paper was invented by the Chinese to use as wrapping and padding.

The first modern toilet paper was developed in 1391. It was commissioned by the Chinese Imperial Family and it is said that each sheet of the toilet paper was lightly perfumed. Though this is where toilet paper as we know it started, this is not the end of the story.

In 15 century, paper became widely used all over the world, but the mass production of toilet paper only started in the late 19 century. The first person to create commercially packaged, loose, flat sheets of paper was Joseph C. Gayetty.

He ended up founding the company, The Gayetty Firm, in New Jersey. He named his “invention” Gayetty’s Medicated Paper. The first toilet paper was cut into thin flat sheets and was medicated with aloe. He also printed his name on every sheet. Unfortunately, this failed miserably.

Up to this point, toilet paper was small square pieces of paper stacked on top of each other. In 1867, Thomas Seymour, Edward Irvin and Clarence Wood Scott sold a kind of toilet paper in Philadelphia. In 1879 the Scott brothers founded the Scott Paper Company. They were the first to put toilet paper on a roll. From 1890 onwards, they made their Waldorf brand toilet paper in rolls.

On the other side of the pond, Walter Alcock, a British businessman, also created toilet paper on a roll. He was the first person to use the perforated roll of toilet paper that we know today, instead of the common flat sheets.

Toilet Paper as a Commodity

Gayetty’s toilet paper, although seen as a financial failure, was still widely available until the 1920s where it was sold in packages of flat sheets. The first adverts for his product used the tagline “the greatest necessity of the age! Gayetty’s medicated paper for the water-closet.”

The earliest patents for toilet paper and its dispenser were awarded to Seth Wheeler from Albany New York. His dispensers and toilet paper ended up being the most popular in the country up until 1883.

Manufacturing of toilet paper took a very long time to be refined. Up to about 1930, there was still potential danger that cheaper toilet paper could put a splinter in your behind. Therefore, companies like Northern Tissue Company found great success by advertising their toilet paper as “splinter free.”

Wet wipes, which are a type of moist toilet paper, saw the light in the UK by company Andrex in the late 1990s. It is said that it is a better method of cleaning than dry toilet paper, but no proof has been delivered yet to this claim, though it may also be useful for women during menstruation.

In the beginning, it was promoted as flushable, but companies have been court-ordered to remove these claims as the product has been implicated in the creation of fatbergs. By 2016, some municipalities set out on an education campaign advising people not to flush used wet wipes, but to get a sealable bin next to their white thrones.

So, this little insignificant roll of paper next to your toilet has a very rich history and is a generally young invention. Some products people used before could be seen as quite strange, from corn leaves to the old trusty left hand.

No matter what your stance is on the white gold, the fact of the matter is more than seven billion rolls of toilet paper are sold per year in the United States and Americans use an average 23.6 rolls per person per year.

This article is about how to clean white shoes. This article offers many tips for cleaning white shoes with products that can be found at home.
Continue Reading