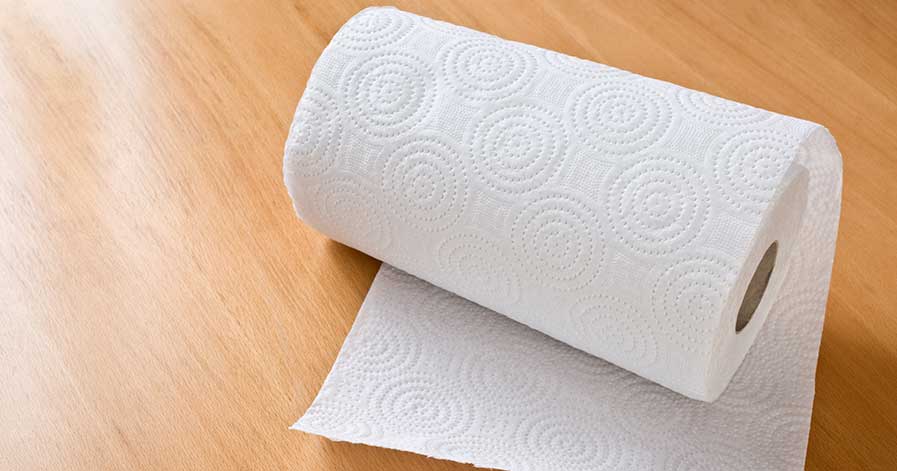 The History of Paper Towels

Paper towels have become a common household item, but it has not always been that way. Paper towels were accidentally created many years ago, and since then they have become an integral part of daily life due to their convenience.

It’s much easier to clean up a spill with a paper towel and throw it away, rather than washing a cloth towel after every single use. Paper towels were designed as a single use product.

The thinner a paper towel is, the less liquids it can absorb, but paper towel companies are putting in an effort to make paper towels softer on your hands.

When Were Paper Towels Invented?

Have you ever thought, "when was the paper towel invented?" Well, in 1879, Irvin and Clarence Scott founded Scott Paper Company. They originally manufactured and sold tissue paper for medical purposes.

At one point, the company had an entire railroad car full of paper that was too thick and unable to be used for its intended purpose. They had no use for all of the paper, so they were trying to figure out what they could do with it.

In 1907, Scott Paper Company heard about a local school teacher in Philadelphia who had come up with an idea to give students small pieces of soft notebook paper to wipe their noses on when they had a cold. The students were instructed to use the paper to wipe their nose one time, and then discard it. The teacher had created a way to prevent germs from spreading, as the students were all using the same roller towel in the community wash room.

When Scott Paper Company heard about this, they knew they had found the solution for their railroad car full of discarded paper. They turned the rejected toilet paper into small, disposable paper towels. The paper towels were eventually given the name “Sani-Towel” and Scott Paper Company began selling them to hotels, restaurants, and railroad stations for use in public washrooms.

Paper Towels Over the Years

It wasn’t until the early 1930s that paper towels were introduced in rolls made for kitchens. It took some time, but paper towels eventually replaced cloth towels.

Some companies print patterns on their paper towels, while other companies stick with plain white.

The very first paper towels were sold in rolls of one thousand sheets, for ten cents per roll. Over the years, the price of paper towels has increased, but they are still affordable.

By using a paper towel and then throwing it away, you are preventing germs from spreading. If you are cooking in the kitchen and your cloth towel comes in contact with raw chicken, it immediately becomes contaminated. If you continue to use it, you will only be spreading germs around, which can be dangerous, especially if there is cross-contamination with other foods.

Paper towels are also perfect in the restroom for drying your hands after you wash them. When you continue to use the same cloth towel, it will begin to collect a lot of unwanted germs. After you wash your hands, the last thing you want to do is rub more germs on them.

Using the same cloth towel multiple times creates enough germs, but when you throw in a few people using the same towel, the germs really begin to spread.

What to Look for in a Paper Towel

When you are looking for a good quality paper towel, you want one that will absorb the maximum amount of liquid without ripping or tearing. Strength and absorbency are very important when it comes to paper towels.

You don’t want to clean up a mess on one side of the kitchen only to watch it drip from your paper towel while trying to get to a sink or trash can.

You may find that you would rather pay a little bit more for a better paper towel, rather than buying a cheaper, lower quality brand.

There are several paper towel brands to choose from, and many experiments have been done to see which brand the best is. Some popular brands of paper towels include: Bounty, Sparkle, Brawny, and Scott.

It’s a matter of opinion on which brand is the best, but you can choose one that works best for your needs. A good paper towel will absorb liquids without ripping or dripping onto the floor or the counter. 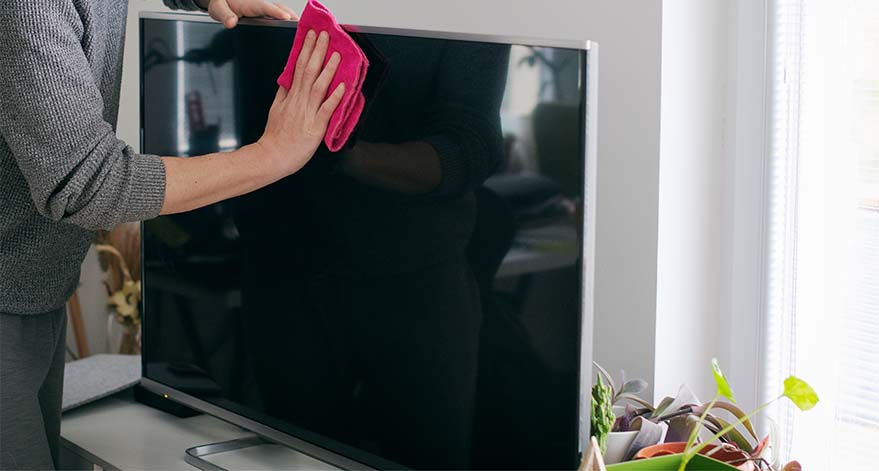 An Episode on How to Safely Clean Your Flat Screen TV