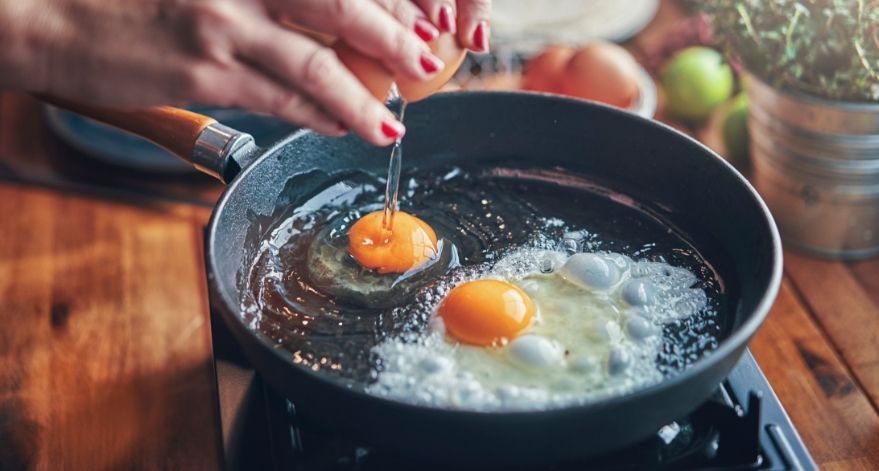 How to Clean a Cast Iron Skillet for Best Kitchen Cooking

For the seasoned chef, a cast iron pan is one of the most essential kitchen utensils available. It is friendly for beginners because of its heat retention and it is incredibly versatile in the kitchen. Cast iron pans can be used to bake, make desserts and all manners of main dishes. Add on the fact that they are incredibly durable and naturally nonstick, the potential for cast iron is almost limitless.

Unfortunately, despite the kind of longevity they offer, most people do not know how to take care of them. They need a lot of attention to make them last longer. This includes how they are stored and most importantly, cleaned.

How to Clean a Cast Iron Product

For cleaning a cast iron skillet there is a simple six step process that should be used to maintain it.

Clean it Right After use

The best time to clean your cast iron skillet is when it is still hot or warm, for reasons that will be explained later in this list. Do not let it soak as this gives rust time to start building up.

The skillet should be washed while still warm and at the same time, use hot water to clean it. Do not use soap or steel wool as this may damage the pan. Remember to use tongs or gloves!

If there are bits of coarse food stuck on the pan, use kosher salt to scrub the residue off. Afterwards, rinse the surface with a paper towel to get it off. If this does not work, boil hot water in the pan and try again.

This part is pretty important because if done incorrectly, it might contribute to rust buildup. Thoroughly dry it using a towel or place it on the fire once again until the water evaporates.

Use a cloth or paper towel to apply a light coat of vegetable oil inside the skillet. This helps to retain non stickiness.

When washing your skillet do note that using steel wool or other rough abrasives is not recommended. If you have been doing it, or found yourself in a rush and had to, do not worry. It is not the end of the world.

It is recommended to use something very mild together with a sponge. The most important thing to remember is drying it properly after rinsing.

How to Clean a Rusty Cast Iron pan

A cast iron pan is worth its weight in gold. Well, not really, because they are actually cheap, but they provide so much value that throwing one away would be a darn shame. This will be made worse if the reason for throwing it away is because of a little rust build up on top of the pan.

Another great thing about cast iron is that regardless of how intense the amount of rust on the iron skillet, there are a lot of options for getting rid of the rust. At worst, you might have to visit a local machine shop and have it sandblasted to restore it to its natural form. Just remember to season it afterwards.

Most cases are not this severe and will involve equipment you can easily find at home. This follows the following simple six step process.

The first step of the process is to scrub away all the rust using steel wool or a firm brush until all the outer layer of rust is gone.

Wash the pan thoroughly using water and mild soap, scrubbing the surface with a firm brush in the process. Once done, rinse it out and repeat the process until the surface looks all new.

Thoroughly dry the surface of the cast iron using a paper towel or place it on the stove for a few minutes.

Cover the surface of the pan with a light coating of oil to season it. Do not forget to include the bottom of the pan and the handle. More on this in a little while.

Give it Some Oven Treatment

Lastly, place it upside down in the top rack of your oven. Place some foil at the bottom to catch oil drippings and heat it for about an hour at 350F (176C). Once it cools down, it is ready for use!

Hardcore cast iron enthusiasts will kick you out of their kitchens for suggesting they should let their pans anywhere near water. For many, letting one rust puts you on a list somewhere of people that have committed the ultimate sin. If you happen to live anywhere near such people, it is best to know how to protect a cast iron utensil. To do that, you need to understand what seasoning is.

When cooking oil is heated to the point it starts to smoke inside a cast iron, the fatty acids inside it oxidize and begin to rearrange themselves into a whole new layer of molecules.

The cast iron, being hot itself and expanding at the microscopic level, allows the layer of plastic to get trapped on the surface and forms a new bond with the metal itself. This results in a new coating on top of the cast iron known as seasoning.

Repeated exposure to smoking oil makes this coating thicker, more slippery and more durable. It becomes more nonstick and has the surface protected more due to repeated use.

How to Season a Cast Iron Skillet

Heat the skillet over medium heat until you can feel the heat of the cast iron when you hover your hand above it. Dip a paper towel in oil and use a ring to wipe the surface until the oil smokes and there is no residue upon inspection. Repeat the oil application process about 3 to 5 times

Other tips for protecting cast iron to make it last longer is all on how you store it – cool and dry – and washing it after every use. 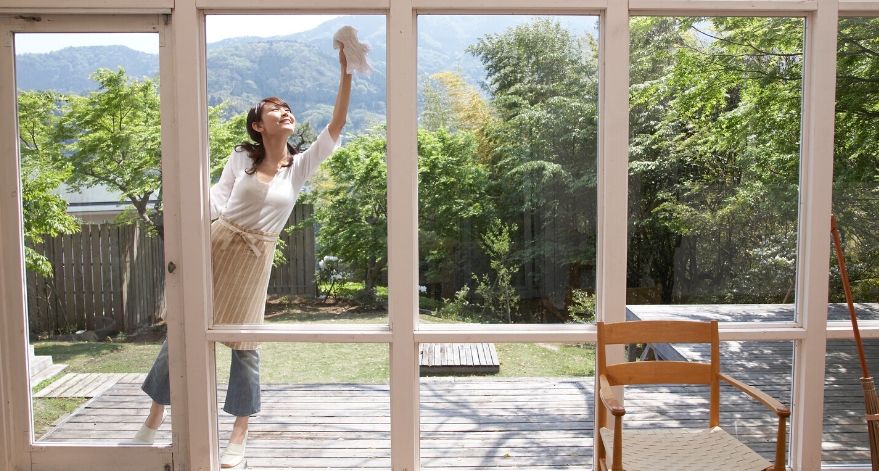 How to Make Your Outside Windows Sparkle

Knowing how to clean outside windows can save you from streaks and grime. Here are tips and tricks to make sure your windows are spotless.
Continue Reading